It is clear and established that the Dodd-Frank Wall Street and Consumer Protection Act (P.L. 111-203, codified at 12 U.S.C. 5301) governs equipment leasing, which as a result triggers a scrutiny of commercial leasing transactions that may subject lessors to the Consumer Leasing Act (CLA), Regulation M, Y, the Risk Retention rule and many other Federal Reserve rules and regulations that are typically applicable to consumer transactions.

The Act was intended to address the widespread, risky and speculative conduct of financial firms (banks and investment trading companies) and the failure of the U.S. regulatory system to curb these abuses. The Act, 12 U.S.C. 5301 consists of 16 titles, 37 subtitles and hundreds of sections. Not only was the Act introduced to regulate banks, but also “non-bank financial companies.” The Bank Holding Company Act, 12 U.S.C. 1843(k) and Federal Reserve Rules under Regulation Y (12 C.F.R. 225) determine the term “financial” practices or issues that fall under Regulation Y’s governance to include: establishment of minimum capital reserves (ratio of reserves to assets) for bank holding companies; certain bank holding company transactions; and the definition of non-banking activities for bank holding companies, state member banks and foreign banks operating in the U.S. falling under the Bank Holding Company Act. Therefore, the Act affects the minimum capital requirement of equipment finance companies and is responsible for the formation of the risk retention rules for ABS transactions and the securitization markets.

Closely related to banking activities, such as a credit extension and debt collection, real estate appraising, asset management, credit bureau services or check cashing and check guaranty activities
Determined to be “usual” in connection with the transaction of banking or other financial operations abroad, such as management consulting services, travel agency operations or the organization, sponsorship and management of a mutual fund
Defined as financial in nature by the Gramm-Leach-Biley Act, such as insurance or annuity services provided in a principal or agency capacity, securities underwriting or making a market in securities, or merchant banking activities used to control non-financial companies
Under proposed Federal Reserve rules, this 85% test applies to either of the past two years, or it may be determined through a facts and circumstances examination. Whether or not a company’s activities are “financial in nature” is determined by further reference to the Bank Holding Company Act, 12 U.S.C. 1843(k) and to proposed Federal Reserve rules under Regulation Y, 12 C.F.R. 225. Accordingly, all full-time leasing and equipment finance companies must be considered “non-bank financial companies” under the broad definition included in, and for purposes of, the Dodd-Frank Act. As the name of the Act (Dodd Frank Wall Street Reform and Consumer Protection Act) belies, the Act was instituted to protect consumers from many abuses of investment trading companies and the previously unregulated U.S. Wall Street activities and transactions.

Under §113 to 115 of the Dodd-Frank Act, the new Financial Stability Oversight Council (FSOC) established by §111 of the Act may determine that a non-bank financial company (NBFC) shall be supervised by the Federal Reserve. This would make the company subject to similar prudential rules as those applied to regulated banks. For this supervision to be triggered, the FSOC shall have determined that any “material financial distress” of such a company or the “nature, scope, size, scale, concentration, interconnectedness or mix of its activities” could pose a threat to U.S. financial stability. A leasing company or equipment finance company as a “non-bank financial company” can be supervised by the Federal Reserve by considering:

The extent of the company’s leverage
Its off-balance sheet exposure
Its transactions and relationships with other significant NBFCs, or with significant bank holding companies (BHCs)
The extent to which the company may already be regulated by any financial regulation agencies
The amount and nature of its financial assets
The amount and type of its liabilities including, the extent of reliance on short-term funding
There are a number of U.S. manufacturer captives or other non-bank lessors whose main holding companies and leasing operations are not currently within the scope of banking supervision. Some of these groups have certain subsidiaries, which for various reasons do have banking charters, but do not undertake the group’s leasing business. Potentially, their holding companies could be viewed as candidates for NBFC designation.

Given the underlying definition of “financial in nature,” a significant non-bank financial company for purposes of the application of the new and future rules and regulations under the Act is: a) supervised by the Federal Reserve Board of Governors, or b) had $50 billion or more in total consolidated assets as of the end of the most recently completed fiscal year. These rules clearly subject many large independent and bank-owned leasing and finance companies (and their affiliates) to the broad range of rules and requirements of Dodd-Frank.

Because of the Act’s consumer basis, state Attorney Generals and the Federal Trade Commission have chosen to enforce state consumer protection statutes through various fraud cases and related litigation, particularly in equipment leasing, attacking the use of customary contractual terms (many of which define “consumer” to include small businesses), and ignore the distinct and legal difference between “consumer” and “commercial” that historically uniform state statutes like the Uniform Commerical Code (UCC) acknowledge.

This is also the case for transactions where there is a guaranty by the principal of the company or corporation. Some states define a “consumer” for interpreting a consumer transaction by its revenue or asset size (a company with revenue under certain millions may be treated as a consumer) triggering much regulated conduct for the lessor. Moreover, adjudication that a transaction is consumer will require compliance with the Consumer Leasing Act (CLA), 15 U.S.C. 1667-1667e amending The Truth in Lending Act (TILA), 15 U.S.C. 1601 et. seq. The purpose of the CLA is to ensure meaningful and accurate disclosure of the terms of personal property leases for personal, family or household use. The CLA is implemented by the Federal Reserve Board’s Regulation M (12 CFR part 213). The CLA and Regulation M require lessors to provide consumers with uniform cost and other disclosures about consumer lease transactions. As it specifically relates to the Dodd-Frank Act, the Dodd-Frank Act raises the $25,000 exemption threshold to $50,000. Accordingly, if the lessee’s total contractual obligation exceeds $50,000, the CLA and Regulation M do not apply. Since it is not uncommon for small-ticket leasing to involve lease transactions with lessee contractual obligations for the full lease term in the range of $25,000 to $50,000 contract balances, it is undisputable that Dodd-Frank, the CLA and Regulation M are the guidelines for such lease transactions, not Article 2A or Article 9 of the UCC. Therefore, leasing or equipment finance companies whose niche is providing lease financing in the form of leases with contract balances between $25,000 and $50,000 suffer the potential scrutiny of the Act and not the UCC.

However, the CLA still defines a “consumer lease” as “a contract in the form of a lease or bailment for the use of personal property by a natural person for a period of time exceeding four months, and for a total contractual obligation not exceeding $25,000 (now $50,000), primarily for personal, family or household purposes, whether or not the lessee has the option to purchase or otherwise become the owner of the property at the expiration of the lease,” 15 U.S.C. 1667 (1) (parenthetical added). Commercial lease transactions are still exempt from the requirements of the CLA — depending on the purpose of the lease transaction — provided they do not involve single member LLCs or single-shareholder corporations or are guaranteed by the principal of the company and that small businesses are not defined as consumers by state statute. If the lease contract is being entered into and the equipment shall be used and is entered to be for a commercial transaction and not primarily for personal, family or household purposes, the transaction will not normally be within the reach of the CLA and Regulation M. This does not in any way mean that a leasing company or equipment finance company, as a non-bank financial company containing certain particular elements discussed above, is exempt for compliance with Dodd-Frank and not subject to the Federal Reserve’s Board Supervision.

To further manage and try to avoid financial instability by abuses and fraud in banking, and specifically by abuses of investment trading companies, the Consumer Financial Protection Bureau, newly created by the Dodd-Frank Act, is given authority under the Act to regulate anyone providing a “consumer financial product or service” or any service provider affiliate thereof (a “covered person” under the statute). The bureau is also given broad authority over any “covered person” whom it has reasonable cause to determine is engaging or has engaged in conduct that poses risks to consumers with regard to the offering or provision of consumer financial products or services. The bureau has the authority, and therefore the ability, to require reports and conduct periodic examination of such covered persons. However, a negative by-product caused by the creation of the Bureau is a significant potential for overlap between Bureau authority and other state and federal regulatory authority. In the leasing sector, we have already seen this overlap demonstrated between the enforcement actions of the FTC and other regulatory agencies.

Under the Bureau’s authority a “financial product or service” specifically includes extending or brokering leases of personal or real property that are the functional equivalent of purchase finance arrangements, if such leases are on a non-operating basis and have an initial term of at least 90 days or with leases for real property, where the transaction at the outset is intended to convey title to the lessee. If a leasing company offers products to both individuals and small businesses, it is likely to fall under the authority and regulations of the Bureau. Like the expansion of the Bureau’s authority when a leasing transaction is “primarily for personal, family or household purposes,” it is reasonable to anticipate that the Bureau will be able to also claim authority for financial products or services that were once thought to be commercial.

In addition to CLA, Regulation M, Regulation Y and a litany of other Federal Reserve rules, which impose requirements on lessors in furtherance of consumer protection, the Dodd-Frank Act requires lenders of asset-backed securities that are collateralized by pools of equipment leases to retain 5% of the loss risk for all debt obligations pooled into securities. This is called the Risk Retention Rule.

A strong argument in the case of equipment leasing CDOs can be made that the Risk Retention rule calls for an excess of what is required, because the inherent advance rate in an asset-based loan facility is 90% to 95%. This creates a collateralized pool of assets that is more than sufficient to protect against projected risk of losses, in addition to the value of the residual increasing the percentage of risk retention significantly above 5%.

By: Tony Lamm, managing partner of The Lamm Group. Mr. Lamm has more than 25 years of experience in secured lending including, equipment leasing and asset-based finance, loan workouts, bankruptcy and litigation. 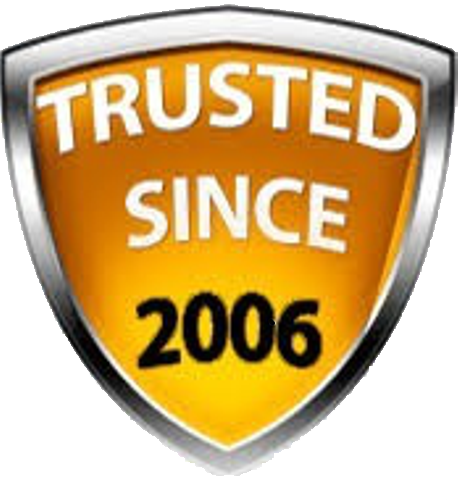